From Yosemite we moved into Northern California. California seems to have been going on forever, and this was going to be our last long stop in the state before we moved on to Oregon.

We had heard that this was a place to visit as it was renowned for its olive oil, almonds and most importantly wine!!

We booked into Parkway RV near Orland and again we managed to get into a very nice campground. lovely shady pitch, well off the Interstate, so nice and quiet at night. Needed the shade as the temperatures were rising again (92F/34C) and it turned out they had a nice swimming pool. It was while I was in the pool in the evening that I found out from some Canadians there was going to be a wine tasting run by the wife of the park owner.

It was an interesting experience and I returned to the RV having tasted a few local wines and without pictures as I had forgotten my camera!!

The next day we then set off to explore the area and found a massive dam called Black Butte Dam and behind it was an equally massive lake called, you guessed it, Black Butte Lake!!

The next day we decided to go East from Orland instead of West. We drove to a little town called Paradise and what should we find – it is built on a Butte called Butte Creek Canyon.

Now some of you may not know what a Butte is. Picture those western films with the hugely high rocks all alone in the desert. This one wasn’t quite as magnificent, but quite remarkable as it was long and thin and had a road going up it to Paradise.

In Paradise itself there was a local Park called Bille Park that had been built on the side of the Butte with lots of unusual trees and plants and an ornamental creek with cast iron bridges. It was very a tranquil place just to sit and relax.

On the way back we thought we would explore the valley floor and came across something we were not expecting. There always seems to be something around the corner in America, and this was the longest 3 span covered bridge in the USA, called Honey Run Bridge. It is no longer used as a bridge as in the late 1950’s someone crashed into one of the supports but it was repaired and preserved, and can be used for weddings!!

The temperatures even in the evening were quite high so we ate outside. 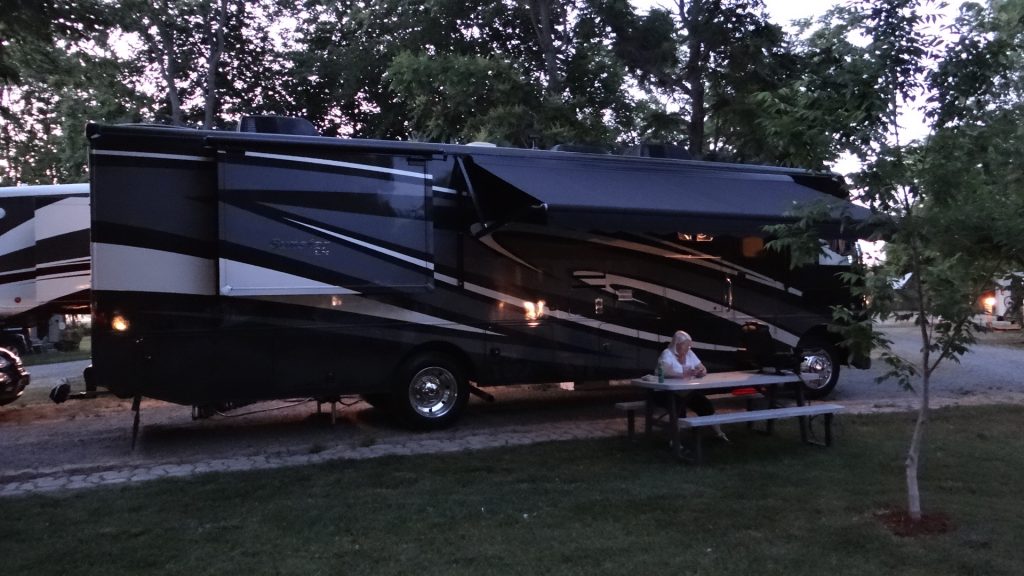 On the next day I did some RV maintenance and Anne decided the light was so good she would use some of the fabric she had been buying. We also went into Orland and bought some local almonds and olive oil. 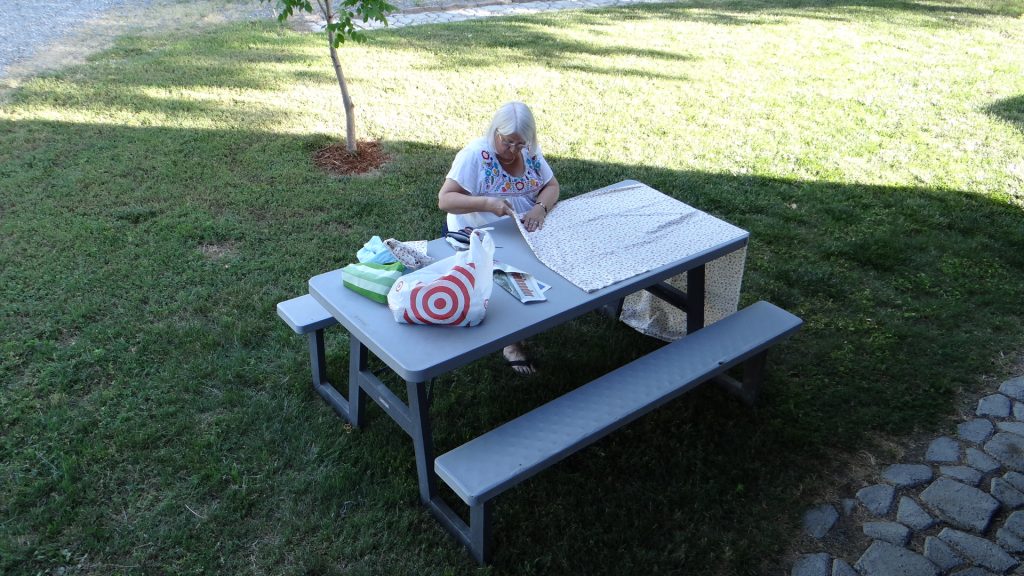 And the day after that we left Orland and headed to our last stop in California next to Mt Shasta.

And the day after we left California and entered Oregon.