It has been a few days since my last post, so here goes.

Christopher kept his promise and came and saw us on Saturday after his bike ride. He rode most of it with the sole of his cycling shoe gradually becoming more and more detached. He stayed for an hour or two and then went off to finish his gardening jobs.

We then went out to see two local attractions, the Loggerhead sanctuary and the Hobe Sound National Wildlife refuge.

The Loggerhead Sanctuary was very interesting with examples  of the various turtles found in the Florida region and also some that are not, but it made a very good exhibit, especially the skeleton of an absolutely huge turtle they found which must have been at least 10ft from head to toe (or back end of shell).

Outside they had various turtles recovering in tanks, a bit like the Seal Sanctuary at Gweek in Cornwall. Most of them seem to have been found after being hit by boats or ingesting fishing line (not good for turtles as messes up their digestive system). 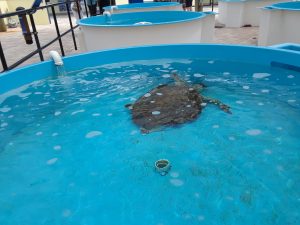 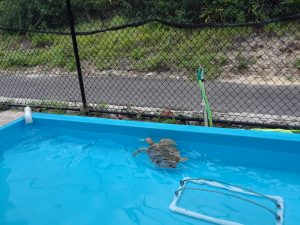 A little one that kept trying to get out!! 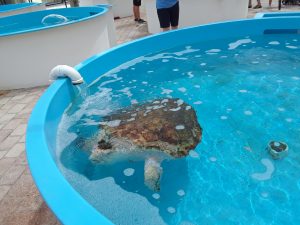 Another big one with seaweed on his head, like a comb over!! 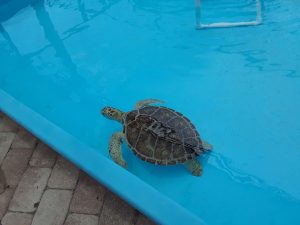 Best photo of medium size one.

Unfortunately the main exhibit at the Hobe Sound National Wildlife refuge was closed (seems strange to close at 3pm on a Saturday!!). However, there was this bush that was covered in yellow butterflies, but I am afraid they don’t come out very well on the phones camera. 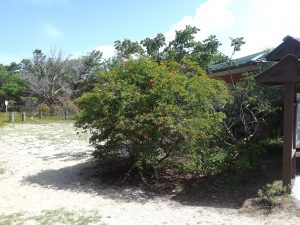 You can just make out some yellow blobs if you look hard.

Since it was very hot we decided to give the open air nature trail of two miles a miss and returned back so that I could cook the steak we had bought (steak is so cheap in the US).

Next day dawned (Sunday) and it was a bit cooler so put the RV mat out, plus the table and chairs and we sat outside and ate breakfast and relaxed. There was a lovely cool breeze and it great to sit outside. 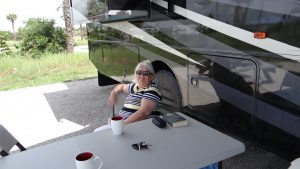 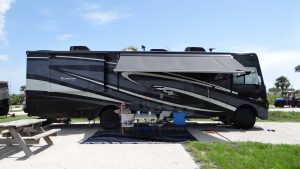 Notice the matching the paintwork all weather RV mat!! Also the wheels are covered in the wheel protectors.

Later on Christopher brought Scott and Erika, who we first met at Christopher’s and Lilia’s wedding in Mexico, across to see the RV and after a beer we went out to eat at Shrimpers at Hobe Sound. 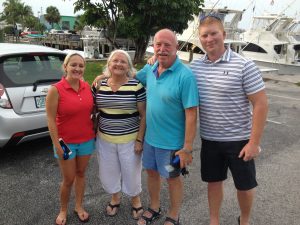 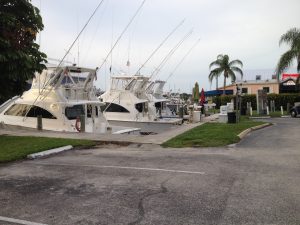 Each boat is worth $.5m apparently!!

Monday saw me doing various things to the RV. Fixed the windscreen wipers that were set too low and banging on the bodywork. Bought LED stop/night/indicator lights for the back light clusters so everyone knew what I was doing, so I fitted those. Also had to part empty the grey tank as we had a few showers since we had been here and it was full. And at the end of the day Christopher turned up with the propane hose that allowed me to connect the Weber grill to our propane tank, and we tried it out by grilling steak for dinner. We said goodbye to him later on as this was the last time we would see him before setting off to the Florida Keys (or perhaps that should be Quays!!).

Tuesday dawned and for once we got up early as we had a lot of packing up to do before we headed off. All the various things inside the RV had to be stowed so they wouldn’t crash about and break, the black and grey tanks had to be emptied and flushed, and the electricity, water and sewer pipe disconnected. Then slides in, jacks up and roll forward so we could attach the Spark to the towing hitch. and off we went at about 10.30am.

First stop was to get some gas (petrol) and much to my surprise as it was reading half full it only took $80 to fill it up. Then off to I95 for the journey south to the Keys.

As it was after rush hour we got past Miami fairly easily and joined US 1 to take us to the Keys. One thing we have to figure out, is where do you stop in an 35ft RV with a tow car to have a “rest” break. US highways are sadly lacking in Service Areas no wonder they invented the various “pee in a bottle” solutions. In the end I just pulled it into a chevron area off the main carriageway so we could both go to the loo!!

Then the Keys made an appearance. With lack of space US 1 in many places is just a single carriageway road with a concrete divider which had lots of rubber marks on it so obviously people have hit it.

Some of the scenery is spectacular with long bridges over stretches of water (True Lies!!) and some larger bridges over deep water channels. 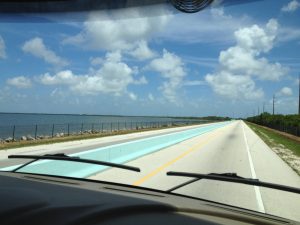 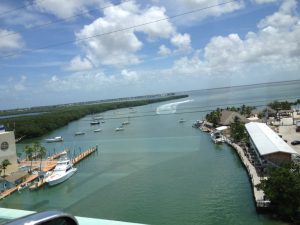 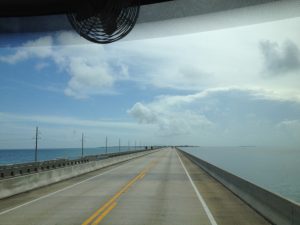 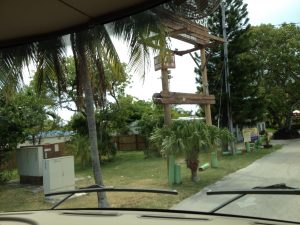 Site is a lot more cramped than JD Park, but then they do not have the space, and there are a lot of people here for the Mini Lobster Season (two days of mayhem apparently when everyone is out in their boats catching lobsters). 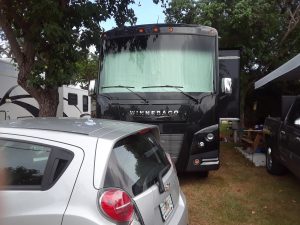 Just about got the slides out. 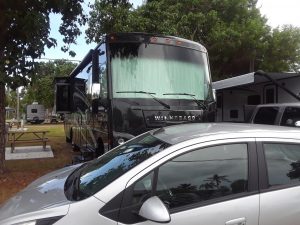 Tested my reversing skills getting between our camp area (concrete pad with table) and the large truck next door, but my guide helped, waving away in the mirrors!!).

So we are here and planning our next 6 days going up and down the Keys as Marathon Key, where we are, is right in the middle. 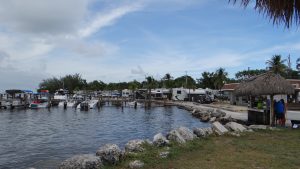 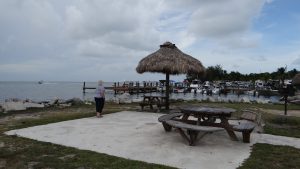 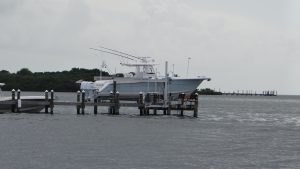 We need a bigger boat!! 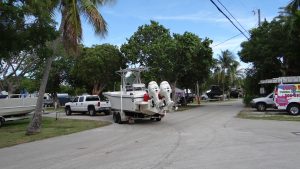 How about this one!!