An update. We arrived in the Jolly Roger RV Resort on the Tuesday, to find that Wednesday and Thursday were Mini Lobster Season.

As I said in my previous this amounts to loads of people coming down here with boats and basically a free for all on Florida Spiny lobsters.

There is an interesting web site that tells you how to catch them, measure them, quotas etc. here http://floridalobstering.com/ .

We decided to keep well away, plus the two gentleman next door to us promised to show us the lobsters and the end bit of the process the lobster tails (they do not seem to eat anything else but the tails).

So Wednesday we decided as we both got up late to chill after the journey and just do some local shopping for food etc. as on the Tuesday night we had a nice meal at the http://flkeyssteakandlobster.com/welcome/ Steak and Lobster Grill.

So Thursday dawned and we had decided to go to Key West, which is another 60 miles south of Marathon Key. Wow what a journey, Key after Key and bridge after bridge, including one that is 7 miles long. 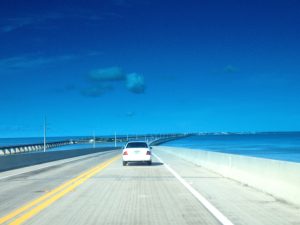 And then we arrived at Key West a key 2 miles wide  by 4 miles long, by Keys standard a large key!! Immediate problem was to find the Trolley Bus tour start point and then some parking, which we found about 400 yds away for $20 all day. That 400 yds walk back in the Florida heat felt like 2 miles!! Got our tickets valid for 2 days, which was lucky as we thought we only needed 1 day, how wrong can you be!!

Took the tour which took about 90 minutes and quickly realised that 1 day was not enough to see everything!!. So we picked a few things to do and started off.

Number 1 was the The Little White House. I will let a photo explain this. 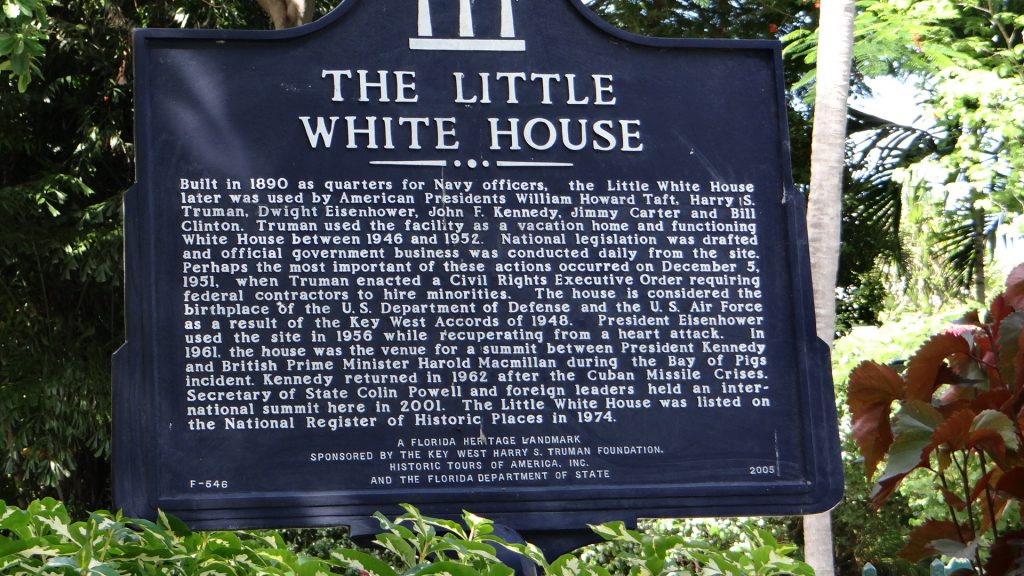 It was used mainly by Harry S Trueman between 1946 and 1952 as an official White House when he was on holiday (vacation in the USA). Many influential pieces of legislation were drafted here and our guide told a lot of what went on when he was in residence. Most of it seems to involve entertaining and playing poker as well as working hard. 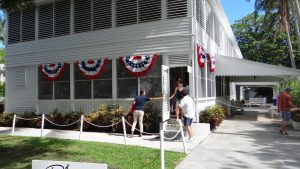 Picture of the outside.

I have attached a few photos of our tour on the trolley bus but there are as you could probably guess hundreds of them. 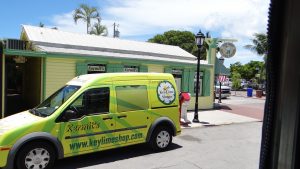 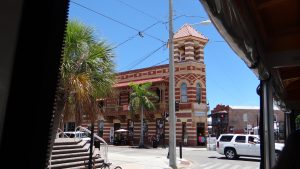 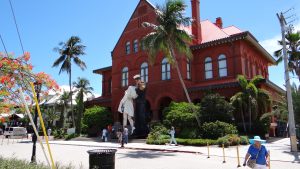 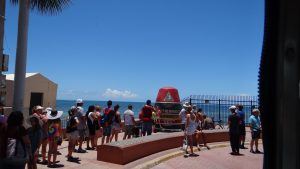 We then left and made our way back to Marathon where we saw a Florida Keys sunset !! 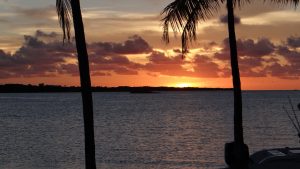 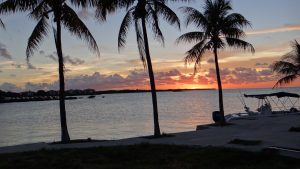 Next day we went back to Key West to make use of our two day pass. As luck would have it I decided to try the southern route to the Trolley place and recognised a car park that was on the route and FREE!!

It was right next to the West Martello Tower which is run by the Key West Garden Club, http://www.keywestgardenclub.com/ .

It is a lovely tranquil garden that includes a butterfly garden. 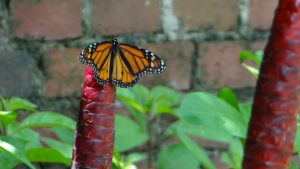 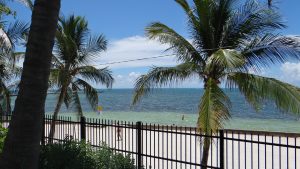 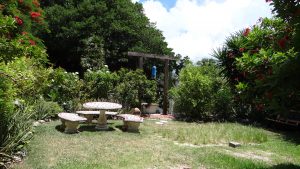 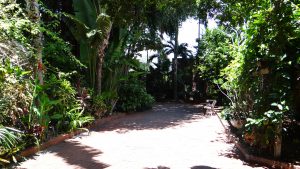 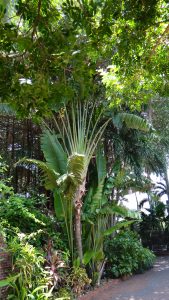 We then hopped on the Trolley and got of at Ernest Hemmingway’s house. We lucked out again and got another really good guide around the house, which took about an hour. 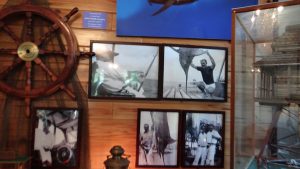 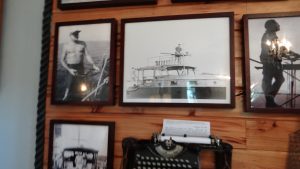 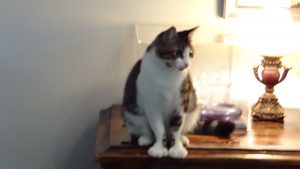 Lots of cats that are the 6 toed variety, which are fed by the guides. 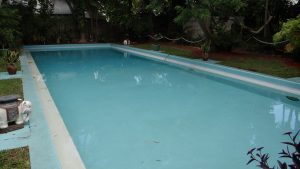 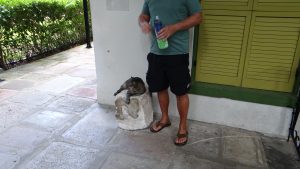 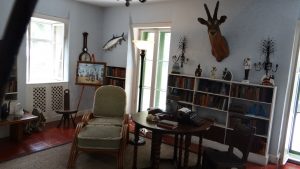 Today (Saturday) we went North, but unfortunately so was everyone else (leaving after mini Lobster Season), so it was extremely slow. We were trying to get to Key Largo but in the end after 2 hours gave up at a place we had seen on the way down with a huge lobster model in the front, and a load of gift shops etc. behind. 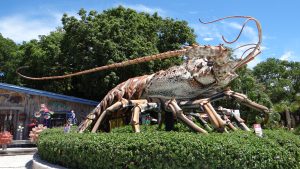 We also found that Anne has a beach named after her. 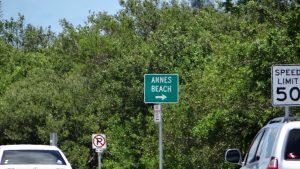 As with everywhere here loads of sandy beaches, and miles and miles of clear blue sea. 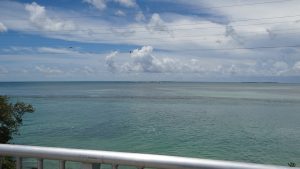 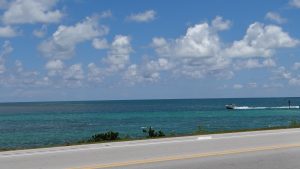 And we also found a place called Duck Key with an internal canal system and lots of nice looking houses that range from $420,000 upwards!! 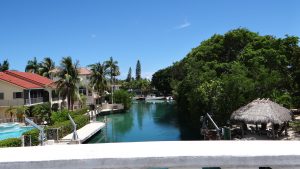 Tomorrow Sunday is a chill day, to get everything set up for leaving Monday (where is the time going!!). But more of that in my next post.

2 Replies to “Loads and Loads of Florida Keys”