We arrived at Acton / Los Angeles North KOA after what seemed a long drive in almost continuous traffic, especially around Los Angeles where yet again another US interstate is being dug up and improved. Can’t fault them for improving the Interstates (wish we would do the same to our road infrastructure in the UK!!), but we do seem to have hit our fair share of roadworks!!

The campsite turned out to be in a canyon north of  Los Angeles called Soledad Canyon. The site itself was a bit open but still quite nice and the people running it were very friendly. It was bit close to a railway track, but the trains were not very frequent so no real problem. And, as it turned out, quite fortunate as it was a short (in American terms!!) drive to the local station where could catch a MetroLink train into Los Angeles for the princely sum of $7 per person for an All Day ticket, that would also allow us to use the Metro Subway and all the buses in Los Angeles!! Oh it should be so cheap in the UK!!

So we decided to try out the train on the Sunday and have a quick look at Los Angeles. Catching the train was fine, but we should have looked at the timetable more closely as we ended up eating in Los Angeles in order to kill 3 hours after we misread the timetable!!

The journey in passes quite a few famous stations.

Union Station is quite a spectacular station inside.

There was a Mexican market going on in the area just across the road from the station.

So, as our tickets covered the subway as well, we headed out to see the Hollywood Walk of Fame thinking we just had time before the train home left!!

So we returned to Union Station only to find out our mistake and our return train had just left, so we had a Mexican meal close to the market and then someone used the seating until the train was ready. 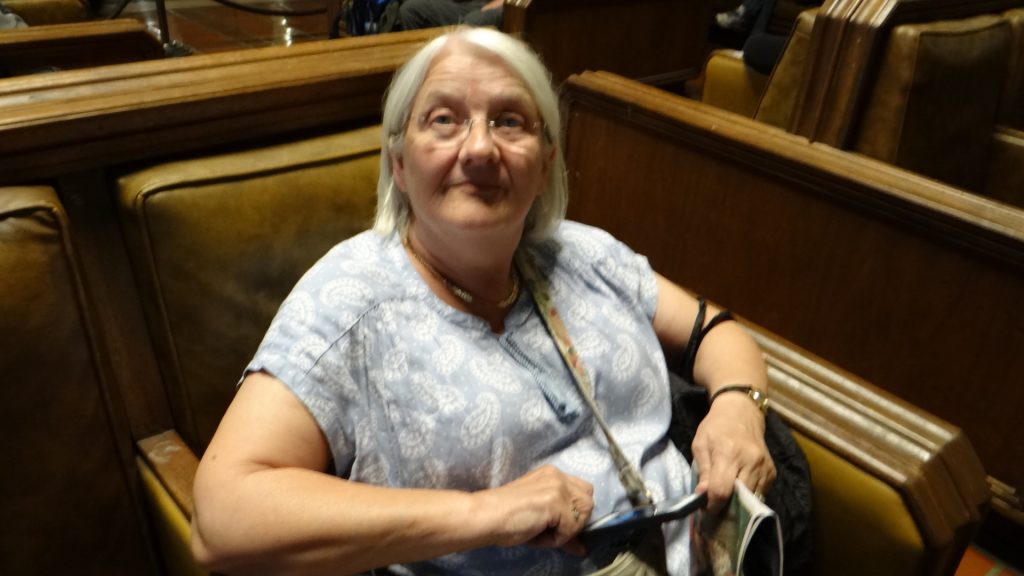 However, sitting there was an experience!! Los Angeles has a huge homeless problem (some whole streets are just lined with people sleeping rough and some of the parks look like tented villages), so the station had continuous patrols checking the people seated were catching trains, and not using the station as sleeping quarters, and we had to show our tickets numerous times, and at least twice the police were called to eject people. Got back to the RV at 10.30pm slightly later than we had planned!!

Part of the reason for being slightly North of Los Angeles was to visit Joshua Tree National Park. So the next day that is what we did.

However, although home to thousands of Joshua trees it also has some spectacular rock formations, which apparently a lot of people come to climb.

There was also a viewpoint that was at 6,500 ft up and had some spectacular views. 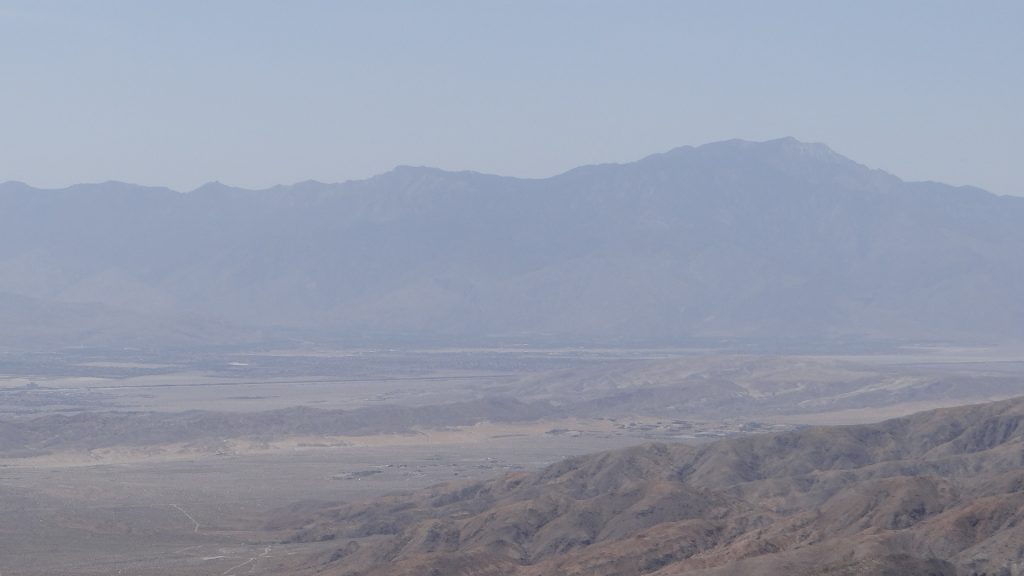 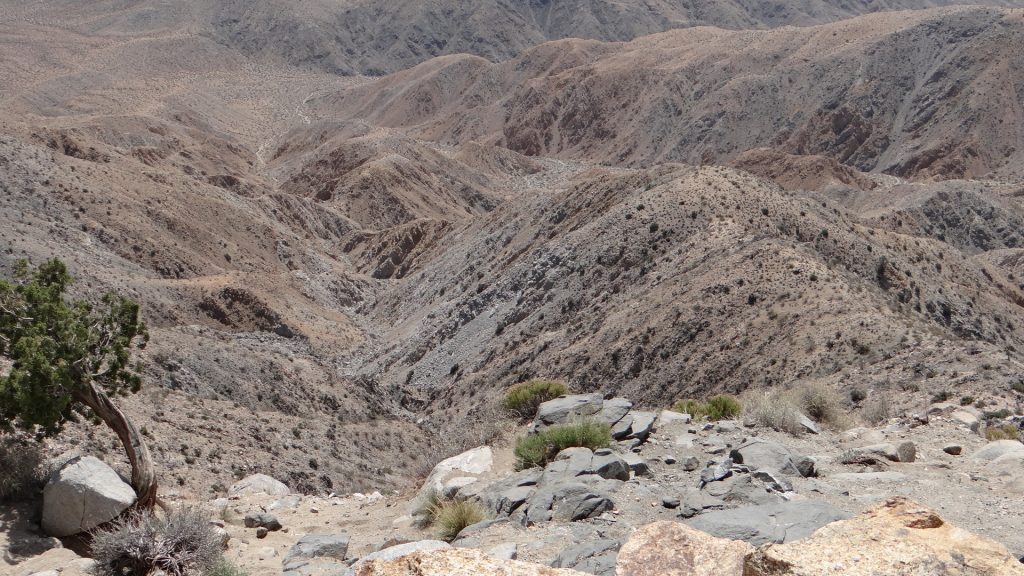 Very interesting place, well worth what turned out to be quite a long drive and a long day.

The next day saw us back on the train into Los Angeles to do the Hop on Hop off tour. But that turned out to be more complicated than we thought because Los Angeles is a spread out city and they have 5 tours, each of which are 2hrs plus.

So we settled on the Hollywood tour and while we waited for the bus looked at more of the Walk of Fame and the Foot and Hand prints outside the Chinese theatre. 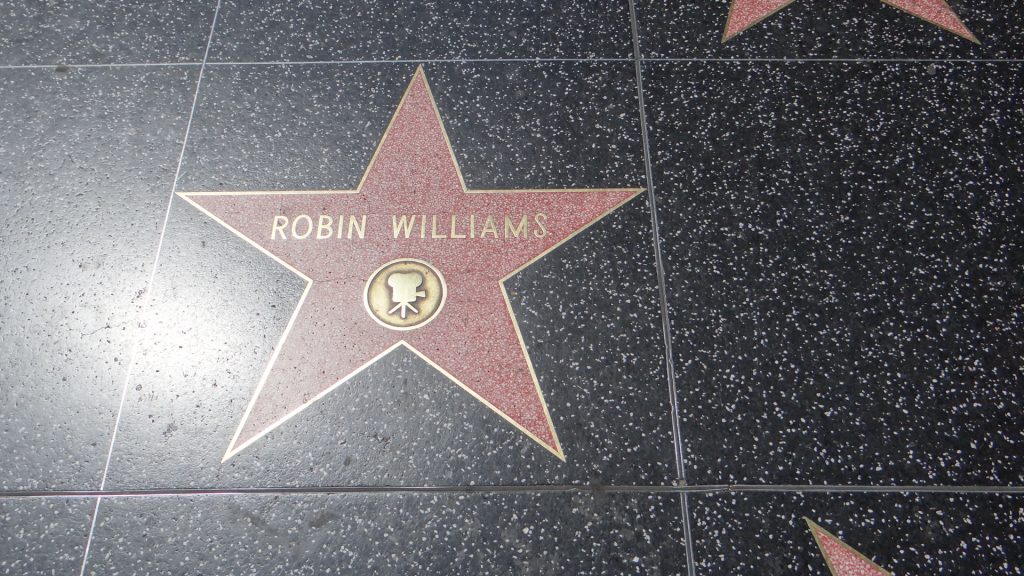 Then we boarded the bus. Because of the traffic the 2hrs was definitely an optimistic estimate!! But we saw most of the sites we wanted to see.

After that we didn’t go back into Los Angeles as I think both of us were a bit underwhelmed by it. Wherever you went the homeless problem was very evident and around the Walk of Fame etc. the people trying to sell you something were quite aggressive. Begging was rife and the newly legalised use of cannabis was self evident wherever you walked, the “whacky-baccy” smell was everywhere including the subway.

All in all I think we were glad we had only booked a 4 days stay.

Next time we will be in two National Parks.